Despite a few proverbial spanners thrown in the works of the games industry by the COVID-19 pandemic, the next generation of video games is firmly on the horizons, with both the PlayStation 5 and Xbox Series X consoles set to launch in the fall. Revealing the exciting new game engine Unreal Engine 5 (the successor to Unreal 4 – an engine that is used a huge amount by developers currently in a huge range of different projects) at a Summer Game Fest live stream, Epic Games also simultaneously revealed the first gameplay footage that we’ve ever seen from a completed PlayStation 5 unit. Want to find out more about the newest Unreal Engine, and what the PlayStation 5’s gameplay could look like when it releases later this year and begins growing its library? Here’s some more information on the engine itself, what it can do, and also its availability on some of the other different platforms in the future.

Using a voice-over narration throughout the demonstration, Epic games discussed some of the major, key features of the Unreal Engine, and how it will stand out as an invaluable tool for developers to use when creating their games going forward. As consumers simply playing the games themselves this might not say much just yet, but the visuals, animation and smoothness of gameplay when rendering in different objects sort of speaks for itself.

For those interested in finding out some of the more in-depth bits and bobs that go under the hood of the new engine, here are some of the key features turning industry heads:

While the new Unreal demo shown as part of Geoff Keighley’s Summer Games Fest Livestream calendar was recorded directly from a PS5, with Epic CEO Tim Sweeney singing the praises of the hardware, the engine itself will be available for a wide range of different platforms, making sure that any company offering game development services will be able to utilise it in order to make the best games possible for the hardware they are on. This extends not only to the new Xbox and PC rigs in the coming years, but it will also be available on mobile devices, too, showing the adaptability of the engine and Epic’s Ability to optimise for differing levels of hardware.

During this event, the global phenomenon that is Fortnite was revealed to be a PlayStation 5 launch title, but it was also announced that the game would eventually be getting ported into Unreal 5, allowing for even further development of that title as an evolving service/platform.

Sporting a visual/gameplay style akin to the likes of Tomb Raider, Uncharted or even the Prince of Persia series (which we haven’t heard from in a while), the gameplay itself intrigued many different fans, with many wondering whether it was going to a game in and of itself, or whether it would be playable at any point. Epic has stated that the display would be little more than a demo, but it was scheduled to be playable at industry events that have been cancelled, and so it’s not outside the realm of possibility that we could see a version uploaded to the PlayStation store once the console launches. While it might not offer much in the way of substance, at the very least it’d be a great way of showcasing the potential that the console has for the future.

For many owning their very own powersports … END_OF_DOCUMENT_TOKEN_TO_BE_REPLACED

When you are thinking about fitting ladders in to … END_OF_DOCUMENT_TOKEN_TO_BE_REPLACED

If you're looking for a way to improve the … END_OF_DOCUMENT_TOKEN_TO_BE_REPLACED

If you're a business owner, it's important to know … END_OF_DOCUMENT_TOKEN_TO_BE_REPLACED 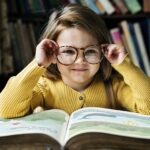 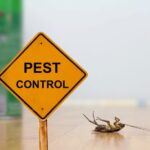 As liberating as living alone can be, let’s face … END_OF_DOCUMENT_TOKEN_TO_BE_REPLACED