Opioid litigation is in the news. Big Pharma, distributors, retailers, and doctors are being sued for their roles in the opioid crisis in which over 200,000 Americans have died since the late 1990s. Many of these suits allege that by supplying or prescribing opioids at excessive rates, doctors were responsible for creating the underlying addiction that caused patients to turn to street drugs or sell their prescriptions. The number of opioid claims filed against the largest distributors has increased exponentially in recent years, with suits being filed by state attorney generals, cities, counties, and Native American tribes. For example, a master complaint filed against the three primary defendants in Ohio this year alleges that between 2007 and 2012, they shipped 780 million hydrocodone and oxycodone pills into that state, an average of 200 pills for every Ohioan.

The spike in opioid litigation is drawing comparisons to the wave of tobacco litigation in the late 1990s when states sued cigarette manufacturers on public health grounds to recover Medicaid costs associated with smoking-related diseases. The suit was ultimately successful — states won a settlement worth approximately $200 billion.

In addition to state-sponsored litigation, private law firms have also entered the fray. For example, a coalition of 15 states has filed a suit in Cleveland against opioid manufacturers and distributors similar to the master complaint filed this year in Ohio. The plaintiff is Ohio Attorney General Michael DeWine. He promises a “historic” recovery for damages suffered by the state, surpassing the $20 million Ohio was seeking from Big Tobacco in 1997.

We asked attorney Ken Julian how this rash of litigation will affect doctors who specialize in pain management. Here’s what he told us.

“Nobody is saying that doctors shouldn’t be sued because there are bad actors, but the vast majority of physicians prescribe opioids appropriately, and many patients need them to restore their sense of normalcy. That said, there are still four factors that will influence the outcome of opioid litigation, including how state legislatures respond to the lawsuit.

“One is whether the federal government will intervene in these cases by filing claims similar to those brought against Big Tobacco in which they say that opioid manufacturers knew there was a problem but didn’t warn doctors or patients adequately. It seems reasonable that they would do so given their recently launched Opioid Fraud and Abuse Detection Unit.

“Another factor is whether state legislatures will follow the model of Big Tobacco, in which they were forced to pay for smoking cessation programs and other anti-smoking initiatives. In addition to making restitution, tobacco companies also agreed to fund education efforts about the dangers of smoking even though there was no admission of wrongdoing or finding that the companies were negligent.

“A third factor is the potential congressional action in response to this crisis. Right now, there are at least three pieces of legislation aimed at curbing opioid abuse that have bipartisan support. The bills would provide $1 billion over two years for initiatives to combat drug addiction and $180 million annually for grants to states intended to reduce inappropriate prescribing and improve opioid abuse detection, surveillance, and prevention.

“The fourth factor is the role played by the pharmacy benefit managers (PBMs). They’re involved in this controversy because they’re paid by drug companies and negotiate with insurers to make coverage decisions for what drugs will be covered and at what price. Several states and localities are arguing that PBMs should also be held liable for the number of opioids prescribed and dispensed.”

How will this affect doctors who specialize in pain management?

“It’s important to note that only a fraction of the healthcare providers who prescribe drugs like oxycodone and hydrocodone were responsible for creating the current crisis. If you look at the National Survey on Drug Use and Health, it’s clear that most opioid abuse comes from people who obtain pills non-legitimately and without a prescription.

“And many patients legitimately take opioids — for example, to treat chronic pain — but their prescriptions are expensive, and they don’t always follow the directions carefully. Instead, they might engage in ‘doctor shopping,’ where they go to different physicians and describe their pain differently to get additional prescriptions.

“On top of that, people who sell or barter prescription drugs are often ignorant about dosage instructions. As a result, a person could become addicted by taking high doses over a short period to produce the same euphoric effect as using heroin.

“To avoid medical malpractice lawsuits, doctors are increasingly reluctant to prescribe opioids for chronic pain or short-term injuries like broken bones and sprains. Some doctors even refuse to see patients with those conditions because they can’t properly treat them without prescribing opioids.” 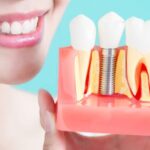 Your teeth are among the first thing to be noticed … END_OF_DOCUMENT_TOKEN_TO_BE_REPLACED 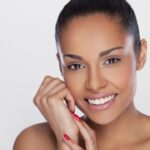 Platelet-rich plasma (PRP) is a typical form of … END_OF_DOCUMENT_TOKEN_TO_BE_REPLACED 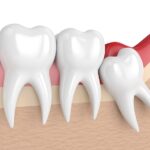 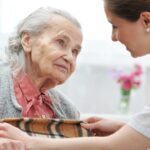 Most people fear getting old since they think that … END_OF_DOCUMENT_TOKEN_TO_BE_REPLACED 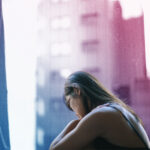 Depression can make you feel lonely and unable to … END_OF_DOCUMENT_TOKEN_TO_BE_REPLACED 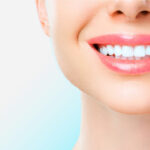 A smile is one of the facial features that … END_OF_DOCUMENT_TOKEN_TO_BE_REPLACED 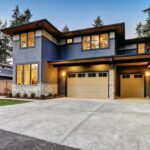 Like any other asset, your home is an investment … END_OF_DOCUMENT_TOKEN_TO_BE_REPLACED 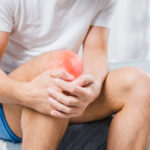 If you ever get an injury, the first reaction from … END_OF_DOCUMENT_TOKEN_TO_BE_REPLACED